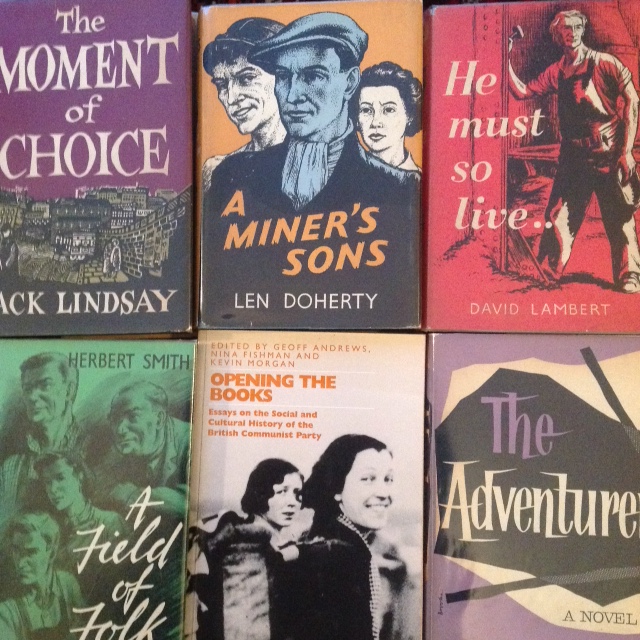 For the Good Old Cause:  trade unionism, the Communist Party of Great Britain and the post-war novel 1950-1965 by Terry Potter

It is... no co-incidence that depictions of trade unions and trade unionism in British novels written following the end of World War Two are dominated by authors who were members of the Communist Party of Great Britain (CPGB). Between 1950 and 1965 over a dozen novels written by members of the CPGB were published that put trade union activity at their centre and all of them were specifically conceived of as contributions which would further the Party’s political aims and objectives. To have so many novels of this kind appear over such a relatively short time span makes this period unique from the perspective of trade union related fiction and illustrates the way in which a growing labour movement and trade union membership, combined with a rapid development of the Communist Party in the UK, created a potential readership that would, in theory at least, be interested in the way in which the nature and role of trade unionism could be explored through the art of the novel.

You can read the full paper by clicking on this link: For_the_good_old_causeO.pdf