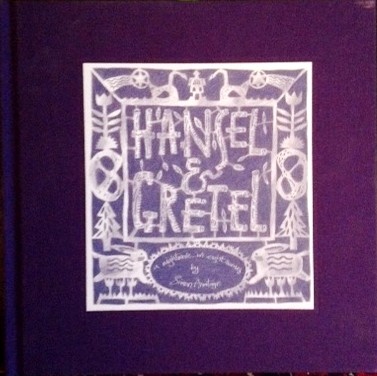 Poet Laureate, Armitage has taken the traditional tale of Hansel and Gretel and created a new verse drama that is described in the book’s sub-title as a ‘nightmare in eight scenes’. This new version was originally created for a puppet opera which went on tour in the UK in 2018 and also also featured on BBC Radio 3. However, this beautiful book, published in 2019 by Design for Today, is gloriously illustrated by Clive Hicks-Jenkins and is a work of art in its own right.

The story of Hansel and Gretel is brought right up-to-date by making the two children refugees and victims of war. As conflict approaches their home, the two children are taken by their parents into the forest in an attempt to keep them safe from harm. Hoping that they have the skills and common sense to survive, their parents leave them and return to their house in an attempt to protect what little they have.

Wandering through the forest the children smell the alluring aroma of sweet things and are drawn to the house of an old woman who, it turns out, have designs on them – she uses Gretel as a domestic slave and plans a much more gruesome end for Hansel. But she hasn’t calculated the abilities of the children to look after themselves and Gretel exacts a terrible revenge on the wicked woman before the two escape.

In a terrible echo of recent tragedies, the two children take to a boat to try and find a place of safety but end up deciding to try and return home to find their parents. Their mission is successful but tragic – their path back is a trail of destruction and bombs until they eventually arrive and find:

that was once a home.

And a husk of a man

Sitting there on his own.”

Their mother, they discover from their distressed father, is dead.

“She was knelt in prayer

By your empty bunks

When a payload fell.”

But the children are strong and they have a father to consider. Will they be able to find a safe haven?

I have to say that I’m impressed by Armitage’s refusal to give an easy answer to this question, which he leaves hanging in the air as the play concludes.

The real power of this book is the synergy between Simon Armitage’s powerful poetical vision, Hicks-Jenkins’ extraordinary illustration and the overall design values of Laurence Beck who has made full value of layout and creative fonts.

There’s a limit to the justice I can do to the visual qualities of this book but, thankfully, there is a promotional animation that was produced and is still available on You Tube to give a better flavour of the book’s overall beauty. You can access that film here:

Only available in hardback at the moment, you’ll need to spend over £20 for a copy but it’s well worth it. 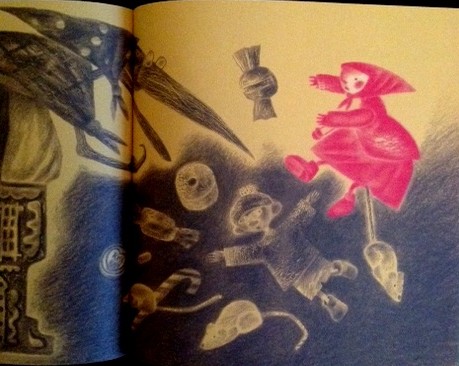 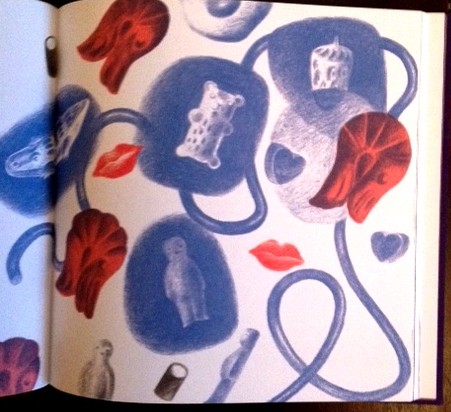 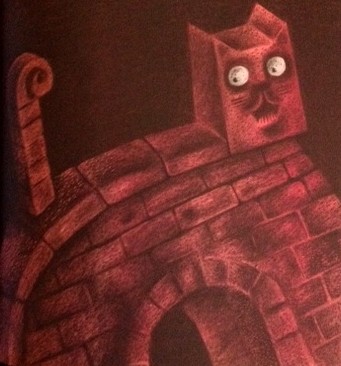 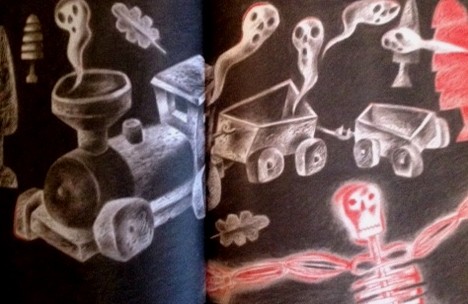