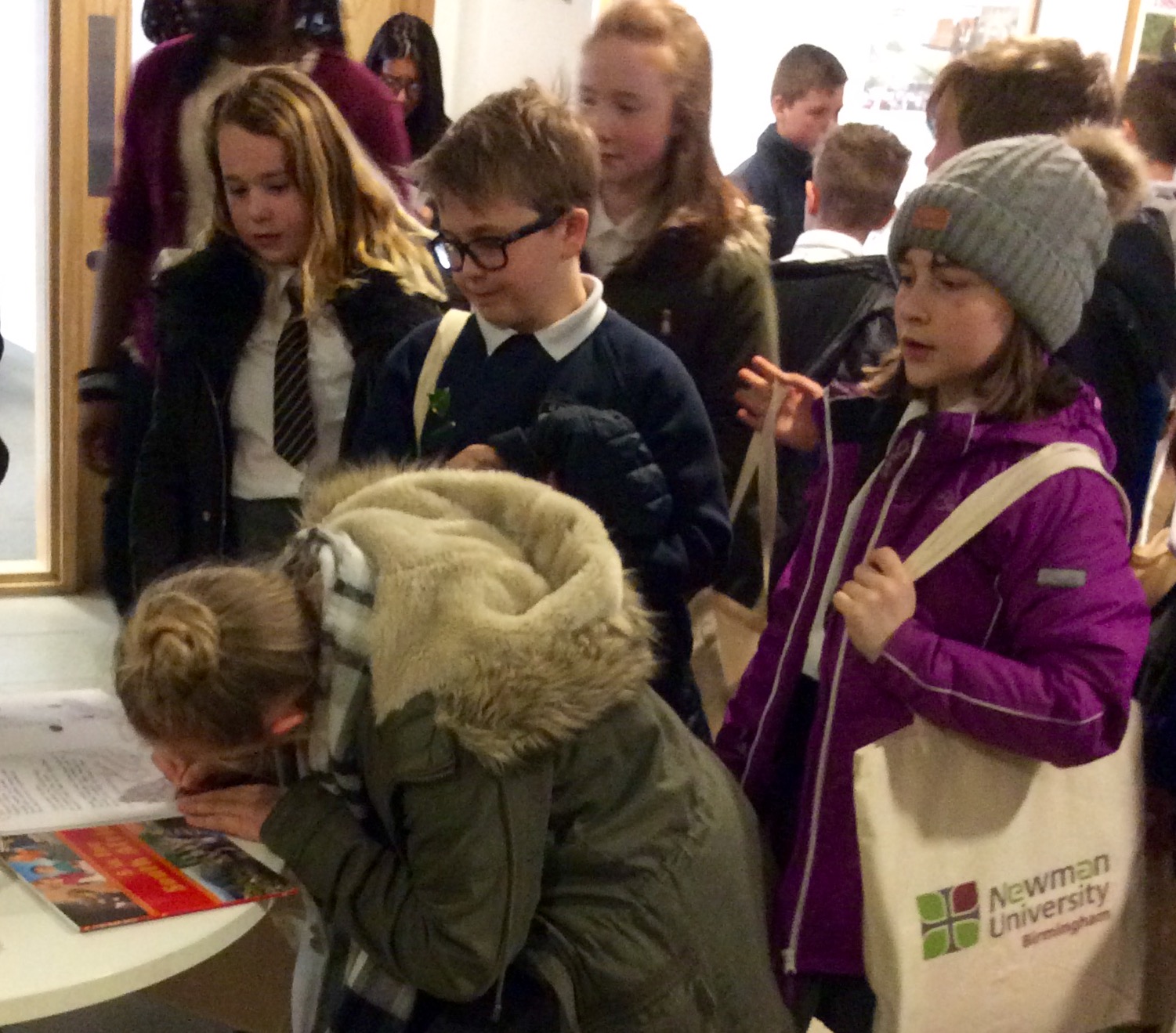 The launch of We all sleep under the same stars book of illustrated poems by eleven year olds was the culmination of a series of very exciting stages. It all started with me going into Greenfield School in Stourbridge to work with two year 6 classes on the subject of asylum seekers and refugees. I started the session by showing them a badge with the slogan ' We all sleep under the same stars' and they were keen to tell me that this meant that people were the same across the world because they are human. We looked at many examples of children's books that portray the refugee experience including The Other Side of Truth by Beverley Naidoo. A few days later I received twenty wonderful illustrated poems written by the children in pairs. We published these on the Letterpress Project website and I circulated the link to teacher and author friends and refugee support groups via e mail and facebook. The  resulting positive response was phenomenal, including a request by Amnesty to use the poems as a link on their resources page for teachers and students. When the author and children's laureate Chris Riddell also signalled his approval by sending one of his fabulous drawings in response to the poems - we decided to publish the collection in book form.

The pdf was made available on World Book Day and gained lots more attention and praise. But the printed book was something so special that we wanted to make a big fuss of the talented authors and illustrators. A big official launch event was planned at Newman University in Birmingham as they had kindly contributed to the printing costs of 100 books. By happy co incidence, Beverley Naidoo was booked to speak to the undergraduate students on the same day and she agreed to be part of the celebration with the Greenfield children.

It was so lovely to welcome them as they stepped off their coach positively fizzing with excitement. They were accompanied by their teachers and several proud parents and everyone enjoyed looking at the exhibition of the poems in the university atrium. It was great to see the children search for their poems and then gasp with delight when they found them on the display and also in their personal copies of the book. 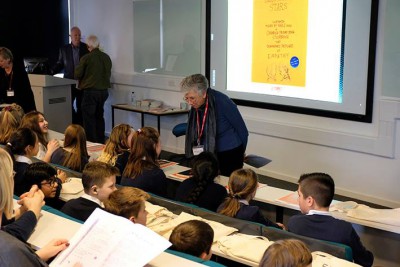 They all queued eagerly to buy one of Beverley's many books in preparation for her signing at the end of the launch event. They were then warmly welcomed to the university by the Vice Chancellor, Professor Scott Davidson. Beverley had already chatted to some of them as they  waited in the front row of the lecture theatre and I was reminded about how good she is at always showing interest and real enthusiasm for what children have to say. She went on to congratulate them on their achievement in producing such an important book that demonstrated such talent as authors and illustrators alongside showing empathy for refugees. I was very impressed by the way she spoke directly to them as fellow authors. As they listened to her read some extracts from their poems aloud, I watched them glow with pride. The time passed much too quickly as they lapped up the well deserved praise and basked in the general  happiness of the occasion. I wrapped it up by adding my congratulations from The Letterpress Project and presenting them with signed copies of books, one by Chris Riddell and one by  Cathy Cassidy as mementos for their school library.

As with all official launches, there was plenty of scrumptious food and drink available afterwards as the children queued again, this time clutching their books for Beverley to sign. As with the undergraduate students at the earlier event, she was extraordinarily generous with her time and made them all feel very important as she had individual conversations with every one of them.

What a thoroughly splendid occasion it was! I am confident that these children will always remember the experience and when they are even older than I am, will tell their own children and grandchildren all about the day that We all sleep under the same stars was launched all those years ago with Beverley Naidoo at Newman University.