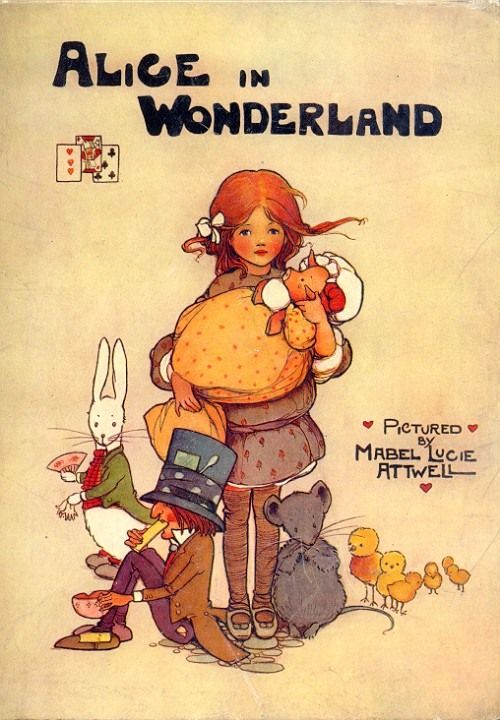 Mabel Lucie Attwell (1879 – 1964 ) has a drawing style that has made her one of the most instantly recognisable children’s book illustrators from the first half of the twentieth century. I fully acknowledge that she’s not to everyone’s taste – her highly stylised and sentimental drawings of children based on her daughter, Peggy can be both cloying and infuriatingly repetitive. However, having said that, she very much captured a sort of middle class sentiment common in pre and post First World War  England and encapsulated an attitude towards children and childhood that was emerging as a dominant theme and which is, arguably, still with us today.

Attwell was born in the East End of London into an essentially lower middle class merchant background – her father was a successful butcher who made enough money to have Mabel educated privately at both the Coopers' Company School and the Regent Street school. She went on to art school at St. Martins but felt that the emphasis on life drawing skills was denying her a chance to develop her own imaginative style.

She found work producing illustrations for magazines like The Tatler and her style was also popular with companies seeking to advertise their products and have them associated with the ‘innocence’ of Attwell’s depictions of cute children. However, she really came into her own when she started getting commissions for book illustration and her golden period was just prior to and in the early years of the First World War. During this time she illustrated a string of classics – Alice in Wonderland, Peter Pan, The Water Babies, Mother Goose – and in the early 1920s a regular Mabel Lucie Attwell annual was established that continued to appear well after her death and into the 1970s using recycled drawings under the oversight of her daughter. 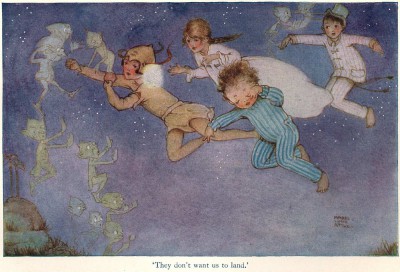 Attwell’s images were, by this point, so well known and so widely appreciated that her work was franchised for use on a whole range of popular pottery produced by the Shelley company. These often featured Attwell’s own creation – The Boo Boos – imaginary creatures dressed in a sort of green jump-suit or baby-grow.

Appreciation of Attwell’s work is, I think, now primarily nostalgic. It appeals to a romantic notion of the innocent child and it’s easy cuteness lends itself to lazy reproduction on greetings cards. However, I think that underplays just how appropriate and skilful her work was in those great children’s classics she illustrated around the time of the First World War. These are, I think, of a different order and show an artist who knows how to accommodate form and content without losing the immediacy all her drawing has. As I said at the beginning of this piece, she wont be everyone’s cup of tea and I can easily see why people might shy away from what looks like an absurd late Victorian or Edwardian fantasy of the child. But I would strongly advocate that if you feel that way from a casual contact with the rather hackneyed products that carry her imagery in the shops today – along with all those cheap and less skilful imitators of her style – go back to the important books and see just what she was capable of at her best.