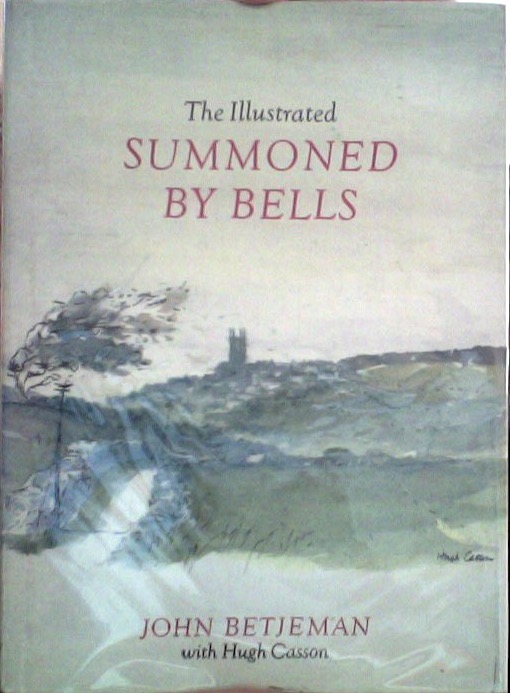 The Illustrated Summoned by Bells by John Betjeman, illustrated by Hugh Casson

Some books start life as illustrated editions; some are illustrated at a later date (perhaps for no better reason than to wring further profit from an ageing title); and some seem to cry out for illustrations right from the outset and only truly come alive when they have them. Peter Mayle’s A Year in Provence, illustrated by the great Paul Hogarth (1992), seems a perfect example of a book in this last category (reviewed here on Letterpress). On its original publication nothing would have persuaded me to read it, but with Paul Hogarth’s wonderful illustrations I found it irresistible, every page a delight.

Over the weekend I encountered another such book. In 1960 John Betjeman published Summoned by Bells, a blank verse autobiography (previously reviewed here on Letterpress). I have had this for years in one form or another – usually as part of a paperback collected poems – and to my shame have never read it. But tucked away on the shelves I also had The Illustrated Summoned by Bells, published in 1989 with watercolour illustrations by Hugh Casson, architect, interior designer, artist, writer and broadcaster.

It is a feast for the eyes and a feast of nostalgia – or perhaps more accurately, a feast of what The Dictionary of Obscure Sorrows has christened anemoia: nostalgia for a time you have never known. In this case, for Betjeman’s upper middle-class Edwardian childhood in Hampstead: its leafy lanes and mansions; his father’s ‘Works’ – the family cabinet-making business with its elderly craftsmen and pin-striped commercial travellers visiting the most select retailers; family holidays in a distant and vanished Cornwall of tiny country churches (‘church bells hollowing out the sky’), remote oil-lit farms and blackthorn hedges ‘straining inland before the south-west gale’; prep school and Marlborough and Magdalen College; hunting for folios of steel engravings along the Farringdon Rd; railway journeys ending at country halts in failing light, listening out for the rattle of an approaching dog-cart to take one onwards…

Betjeman was in fact only in his mid-fifties when he published Summoned by Bells and it does only cover his early years up to his rather ignominious failure at Oxford. But what makes it such a huge pleasure is that all the qualities and enthusiasms that made Betjeman the man he was – architecture, churches, English landscape, old books, railways, Victoriana, the urban scene, and what the Encyclopedia Britannica describes as ‘his nostalgia for the near past, his exact sense of place, and his precise rendering of social nuance’ – are all there, evident on every page, and beautifully, gently amplified by Hugh Casson’s watercolours. It is genuinely difficult to imagine a more perfect pairing.

But it isn’t all rose-tinted recollection. There is also public school bullying, unrequited crushes, familial guilt (Betjeman is determined that he won’t be the fourth generation to run the family ‘Works’), his father’s disappointment, his mother’s stoicism… It is like looking into a gently flowing river and realising that the occasional muscular flashes of dulled silver in its depths are predating fish.

Thankfully, The Illustrated Summoned by Bells sold in huge quantities and consequently copies are plentiful and have no real collectible value. Prices for a very good condition hardback with jacket start at under three quid.

Summoned By Bells by John Betjeman (the unillustrated version) 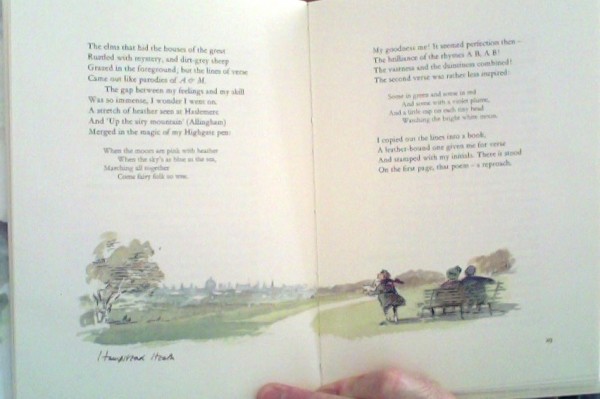 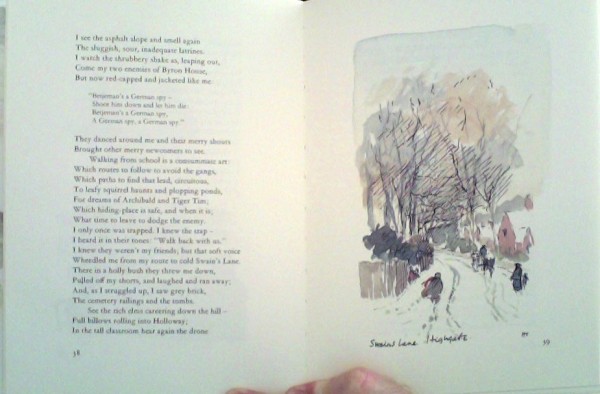 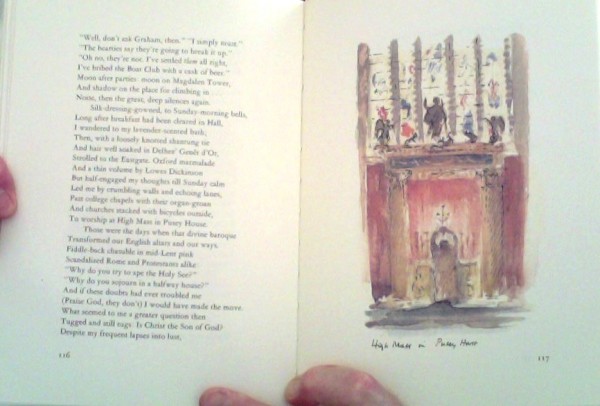 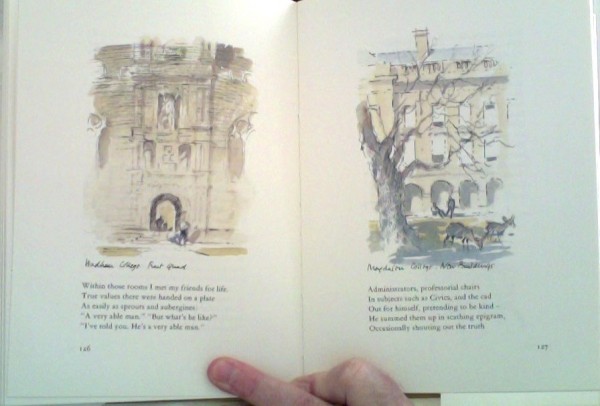