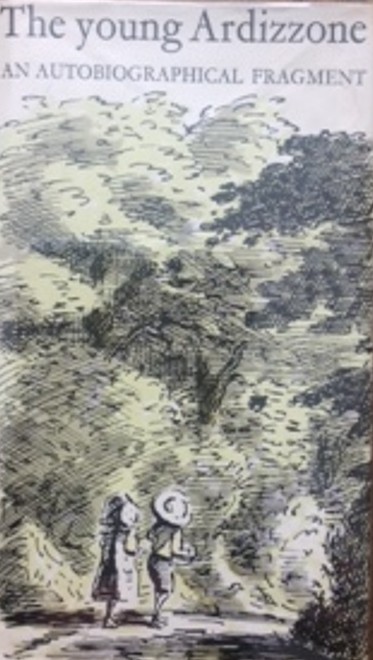 The Young Ardizzone by Edward Ardizzone

I am a great fan of Edward Ardizzone’s artwork and as a book illustrator he’s greatly loved. His influence is acknowledged by all those who have come along after him and who have used his vision as influential. His style of drawing is immediately recognisable and, for its time, truly original but it’s also very easy to underestimate the skill that lies behind what seems at first look to be rather scribbly little drawings. But by the use of pen and ink and the accumulation of detail that emerges from the cross-hatching  and shading, a characterful collection of individuals, buildings and landscapes spring from the page. When he adds watercolours to his drawings and even richer panorama unveils itself and you begin to see that its only possible to draw in this way if you are also a master of the ‘traditional’ drawing skills.

Ardizzone’s ‘fragment’ of autobiography, The Young Ardizzone is the artist’s simple setting out of his memories of his early years. He takes us from his birth in 1900 through to his breakthrough in the world of art and illustration in the late 1920s and early 1930s. But in truth the post-First World War One years are rattled through at a rate of knots and occupies less than a quarter of the book because it’s pretty clear that what he really wants to talk about is his childhood. And what a peculiar childhood it was.

Ardizzone’s childhood was shaped by two things – a father who spent large stretches of time in the colonial Far East and a grandmother who cared for him when his parents were absent who was prone to volcanic fits of temper and equally deep moments of loving tranquillity. His mother and father were an oddly matched pair that the young Ardizzone ponders on with no little puzzlement and it seems the whole family were addicted to moving from town to town at a seeming drop of the hat. But despite all of this, Ardizzone’s childhood was in many ways a recognisably Edwardian experience – it’s a world both recognisable and alien in ways that amply illustrate L.P. Hartley’s assessment that ‘the past is a foreign country’.

The young artist wasn’t a fan of school and most schools seemed to reciprocate this feeling. His experience of school in Ipswich where he was the target of systematic bullying seems to have marked him deeply but it is at least the origins of his addiction to drawing. From this point onwards Ardizzone falls back on his sketch books whenever he was unhappy – and that was pretty often when school was involved.

He wasn’t involved in World War One - although by the end he was old enough to join up he was rejected on health grounds. He was diagnosed as having a heart murmur by a recruiting doctor – something later medical examinations could find no evidence of. Instead he took on a series of clerical jobs but he was developing his drawing skills at the same time and was soon drawn into the emerging artistic circles of London by the woman he was later to marry.

As I have indicated above, these early adult years as he finally establishes himself as a professional artist are handled in just a few pages at the end. What stays with the reader is the portrait of this rather diffident, self-effacing Edwardian child and his eccentric grandmother.

Ardizzone’s writing is uncluttered, spare and plain. He tells his story with the minimum of embroidery – he leaves the multitudinous drawings he puts on each page to fill in a lot of the colourful background. Pretty much every page is illustrated and the whole thing becomes something like an embryonic graphic novel and if you’re a fan of the man’s artwork, you’ll love this. 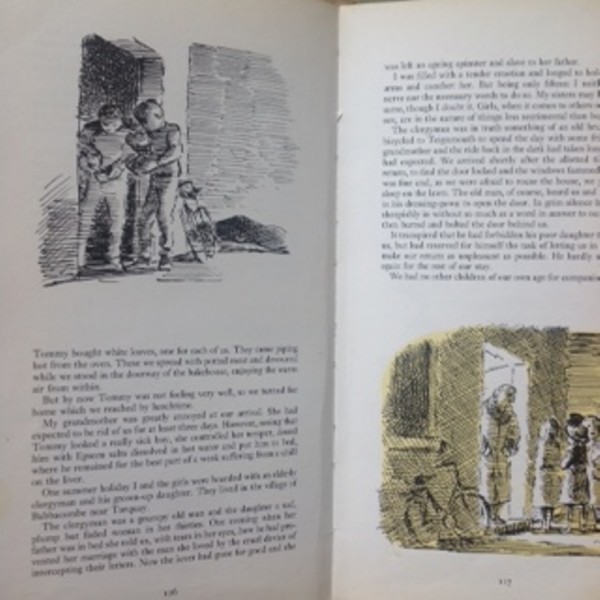 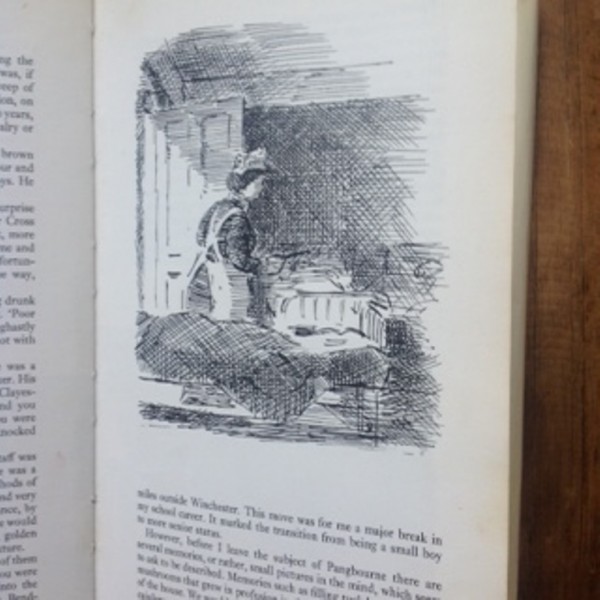 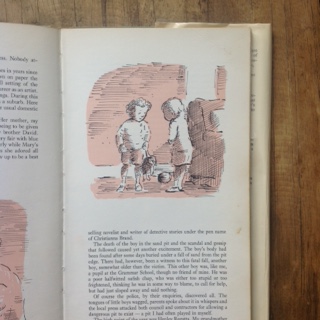