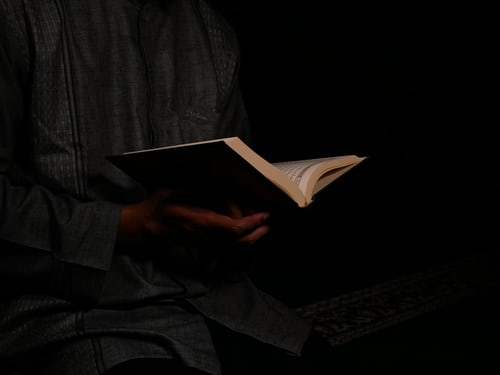 Spirits of the Season: the pleasure of well-chosen ghost stories

Over the past few days I have been reading a borrowed copy of Spirits of the Season: Christmas Hauntings, published by the excellent British Library in one of its newer series, Tales of the Weird.

Fans of Golden Age crime fiction will already know of the British Library’s Crime Classics series, now a list of over ninety titles. Started in 2012, the earliest titles in the series were an unexpected publishing success and the august British Library now finds itself at the forefront of profitable crime fiction publishing, its paperbacks beautifully produced, with impeccably chosen period covers and an apparently unstoppable flow of neglected or forgotten crime classics constantly unearthed by the series editor Martin Edwards, himself a sort of one-man crime fiction industry – crime writer, chair of the Crime Writers’ Association, president of the Detection Club, archivist of both, and dedicated crime fiction collector.

Tales of the Weird is one of the British Library’s less well-known and smaller series.

There was a period in the mid-60s when my reading consisted almost entirely of horror and ghost stories. God knows how many volumes of the Pan Book of Horror Stories I must have read. Starting in 1959 and running to thirty volumes by the time it eventually ended in 1989, this series, edited by Herbert van Thal (a suitably evil-genius type name) and graced with appropriately schlocky covers, is now considered iconic by many collectors of ‘pulp’ fiction and vintage paperbacks.

It was memories of reading these stories late into the night as a young teenager that made me pick up this British Library collection, I suppose. I’m happy to say that there are few similarities between it and the Pan horror collections I remember. The stories here have been chosen with great care, and there is a short but interesting introduction by editor Tanya Kirk (she is lead curator of the British Library’s printed heritage collections) setting the ghost story in its historical context of serialised magazine fiction during the Victorian and Edwardian period, and especially the longstanding tradition of ghost stories as festive entertainment at Christmas. But this isn’t to say that this British Library collection is somehow ‘worthy’ – a po-faced scholarly text masquerading as popular fiction. This certainly isn’t the case. It’s just a ghost story collection done with care, intelligence and a degree of respect – both for the writers and for its readers.

The stories published here first appeared in print from the late-1860s to the early-1940s; about half are nineteenth century, and half early-twentieth century. Algernon Blackwood, MR James and Hugh Walpole are represented, as one would expect, but the majority are less well-known and less often anthologised. None of them are truly scary, and none are sensationally gory in the way that Pan horror  stories invariably were (the gorier the better). These are the kind of stories that you want to read on a winter’s night, ideally in front of a crackling fire, a plaid rug across your knees and a hot toddy at your elbow. (A scotch-and-ginger wine – Tolkien’s favourite tipple – would be perfect.)

Reading such stories at the height of the recent heat wave, in August, may seem contrary, but there are numerous ways that reading can offer an escape from our immediate circumstances – and an escape was very much what I wanted. Read at the right time of year – in winter, in that period when any attempt at serious work has long been abandoned and one is counting down the days to Christmas – they would be even better.

The thing I enjoyed most about them is the instant immersion virtually every story offers in wonderful period detail. And something about this struck me as very odd. Was I simply feeling especially receptive to Victoriana and Edwardiana, or were these particular stories chosen because of their incidental detail? Perhaps the writers themselves shared a kind of precognition: perhaps they recognised, even at the time of writing, that the otherwise humdrum detail they described – deserted country stations, comfortable but bitterly cold old rectories, flickering candlelight, the warm yellow glow of a travelling lantern, the consolations of a good dinner, claret and a cigar after a day’s travel by steam train – would one day be read as deeply pleasurable ‘atmosphere’? This seems unlikely, I know, but the more I read, the more I began to think that this was in fact the most plausible explanation.

Anyway, if you like an occasional ghost story, then give this collection a try. Or pop it on your Christmas shopping list for someone you know who will love it. Some titles in the Tales of the Weird series come with ‘sprayed edges’, by the way. There was a time when sprayed edges were ubiquitous, especially in American paperback publishing. Sadly, Spirits of the Season isn’t one, which is a shame. I’d love a copy with frosty green page-edges.