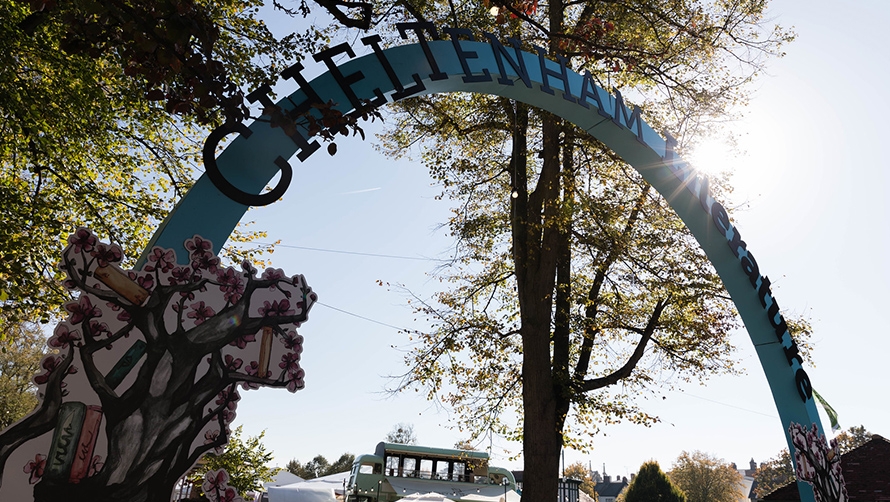 The last of the 2019 Cheltenham Festival

Following on from the reviews of the previous events that you’ll find here and here, there are a couple of final ones to report as the festival has now come to its close. On Wednesday 9th October I was thrilled to see and hear Gerald Scarfe promoting his memoir/autobiography and being interviewed by Rosie Goldsmith.

Scarfe has been one of my heroes for many years, going way back to the days when the Sunday Times could call itself a proper newspaper and the coruscating art of the political cartoonist felt like it really counted for something. He was universally vicious to all people claiming power – not because they had it but because of the way they misused it. Scarfe and Steadman have given way to Steve Bell and Chris Riddell but the heritage is a shared one.

But to my surprise in many ways, Gerald Scarfe is now a rather laid-back, mellow character – although it is clear that his instincts for uncovering humbug in public life remain as finely tuned as they ever were. He’s on record as saying he’s no writer and would never author a book and so this is the first and is likely to be the last. As such, he’s perhaps found himself free of constraints or expectations about either content or style – and it sounds as if he’s decided to take full advantage of this.

I’m looking forward to reading what he’s titled ‘A Long Drawn Out Trip’ – I’m pretty sure there’s some fabulous colour and racy indiscretion in there to keep me reading.

The final event for me was then on Saturday 12th October and was called ‘Returning To The Books We Love’ and featured Colm Toibin, Tessa Hadley and Bernadine Evaristo chatting about books they love to reread and what it is about rereading that is important to them. Chaired by the very likeable Alex Clarke, this was a very gentle trot around the issues of first loves, disappointments and motives when it comes to rereading books that have become important to us. Bernadine Evaristo seemed to cause something of a stir when she said that that her nomination for the least readable book was Jane Austen's Pride and Prejudice but I, for one, was entirely with her. And I should also say I remain utterly unmoved by Colm Toibin’s eloquent, witty and otherwise entertaining defence of Henry James. He can have him.

And with that it was all done for another year. Now the guessing starts for who will be on next year’s calendar of events……….