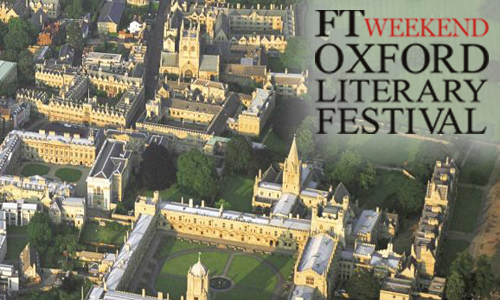 English Urbane and Irish Fizz at the Oxford Literary Festival

Our only trip to this year’s Oxford Literary festival was to see two literary heavyweights in rapid succession. Ian McEwan was being interviewed by the confident but irritating radio and television personality, Matthew Stadlen and Anne Enright by her compatriot, Louise Richardson, a political scientist and Vice Chancellor of Oxford University.

Both authors were being given the chance to reflect on their writing career without the onerous need to hype a new publication – which is a luxury in today’s literary festivals which seem to have become more about flogging units than talking about literature. But this was about the only thing the two events had in common – except for the fact that they were both hugely enjoyable.

Ian McEwan came first and because I had seen him at Cheltenham on a couple of previous occasions, I pretty much knew what to expect. But I have to say that he was more relaxed and expansive than I’ve seen him before and went into territory I hadn’t heard him speak about previously – especially his relationship with his contemporaries, Martin Amis and Christopher Hitchens. In fact, given there have been some well documented fallings-out within that cohort, McEwan was especially warm about Hitchens, particularly his skills as a literary critic.

Stadlen’s questions felt a bit too structured and, at times, bombastic but I thought McEwan handled them with skill and a sure touch. He turned out to be a good raconteur and his humour had a light touch – his ruminations on the topics covered by students holding a conference about his work were a delight ( ‘Hotels in the work of Ian McEwan’ was probably my favourite) and I enjoyed his terse views about the ‘spiritual’ nature of literature. McEwan turns 70 this year and he is clearly turning his mind to the limited years he has to look forward to – mortality is increasingly a theme he feels he needs to explore and he remains a committed atheist.

But I was a little disappointed that he didn’t read from any of his work – he reads well and I would have loved a little less from Mr Stadlen because the space saved could have been used for a reading. Having said that, the hour passed quickly and the length of the queue for a book signing testified to his continuing popularity.

An hour or so later it was time for Anne Enright who is an author I’ve never seen speak before. Goodness, what a delight she was! Impish, fizzing with vitality and with a penchant for being just plain naughty or provocative, she was a true delight. I could have listened to her for twice the length of time she had and I was surprised that she didn’t have a full house to listen to her.

She talked about her writing, her identity as an Irish author and as a woman but insisted, rightly, that these characteristics alone didn’t define her either as a person or as a writer.

But the most entertaining and riveting parts of the interview were when she was allowed to read portions of her work. What a revelation it was. She was superb – witty, animated, arch and substantial - the audience, including me, couldn’t get enough.

If you haven’t seen Anne before, give yourself a treat and try and get to see her wherever she’s next booked to appear because you won’t be disappointed. I will buy a ticket whenever I get the chance – I’m totally smitten. 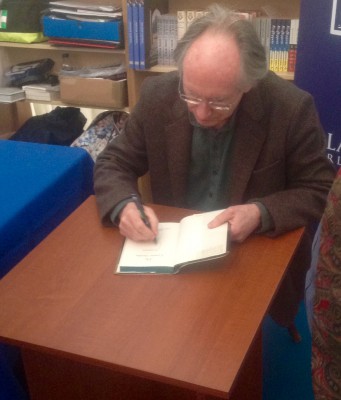 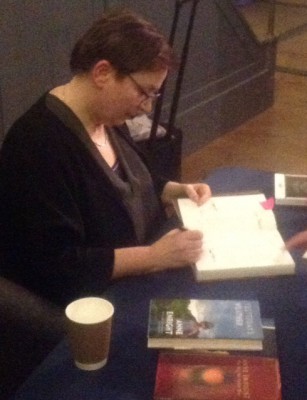