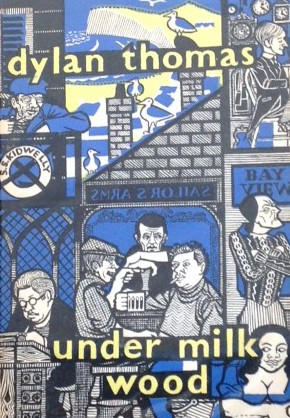 I was not a sporty boy at school. No, that’s not right – I was not a sport-playing boy at school. In fact, there’s not much I’ve ever feared and hated more in my life than the dreaded words ‘double games’ which blighted my school timetable for five solid years. For reasons that I will never understand, school culture of the 1960s demanded that everyone play games on a Wednesday whether they wanted to or not; whether they were remotely competent at the game or not; and, whether or not their time might have been better spent exercising their mind rather than their body.

In my school the ‘game’ in question was rugby. Just typing that sends a shiver down my spine. I felt like a rugby conscientious objector at the time – seriously considering throwing myself downstairs or under slow moving vehicles just to get a legitimate excuse note that I could string out for weeks on end. However inventive I was on the skiving front, there were always times when ingenuity failed me and I had to slump out onto the pitches to plough around like a reluctant ox praying for swift execution.

Once in a while the weather would become my unwitting ally in the fight against this brutalism. Unforgiving downpours, snowstorms or – best of all – hard penetrating frosts might make the ground unplayable for at least one week and, if fortune was smiling, even longer. In those situations the physically eager would get the chance to cavort in the gym but, given that space was limited, the rest of us would be farmed out to various teachers whose free periods we would blight.

It was on one of these brief periods of parole from the games sadists that I first encountered Dylan Thomas and his play for radio Under Milk Wood. Turned over to the care of the English department, I and a couple of other lummocks were herded into a small lecture theatre, issued with a copy of the play and told to sit and listen to the play on the reel-to-reel tape machine and follow the text in front of us. The teacher left us to it and as he did so he locked the door.

I’m not sure what I expected but from the very beginning I was utterly transfixed by what I now know was the classic 1954 recording starring Richard Burton as the First Voice. As I sat and listened to the almost hypnotic rhythm of Thomas’s play, I found myself transported from my Birmingham school prison to the early morning Llareggub and the astonishing cast of characters that hove in and out of focus. Astonishingly, I was loving it. Perhaps more astonishingly, we all seemed to be loving it.

Sitting next to me that day was a sensitive young man who also loathed the games and rugby mentality but who I’d never really spoken to or spent time with. At some point during the radio play we looked at each other and some kind of understanding passed between us. We left that room friends – a friendship that would last until we left school and inevitably lost touch. He left the room with a copy of the play in his pocket, smuggled out, and later that day after school had finished we went back to his parents flat and took turns reading the voices to each other – just relishing the words and laughing until we were helpless.

I don’t think either of us then really understood what Thomas was doing and we were both titillated and bemused by the sexual references and risqué double-entendres -  but all that seemed secondary somehow to the intoxication of the language. Maybe when you are so thoroughly seduced by words for the first time the high you get can never be quite duplicated in other circumstances and I really can’t recall ever having a rush quite like that one again. Not surprisingly, it sealed my undying love of Thomas and all his works and I came close to a second epiphany when I read Poem in October and Fern Hill which I eventually found in his Collected Poems.

Proust had his madeleine and I had Dylan Thomas – the opening words of Under Milk Wood rush me back through time and space until I am once again sitting on the rough hessian, fold-down seats of the chemistry lecture theatre in a rather ordinary Birmingham school on a winter’s day too cold for outdoor sport and I am looking into the eyes of someone who was experiencing the same magic I was. I’m glad the moment was extraordinary and I’m even happier that is has become a fitting memory of my now, sadly, long dead friend.