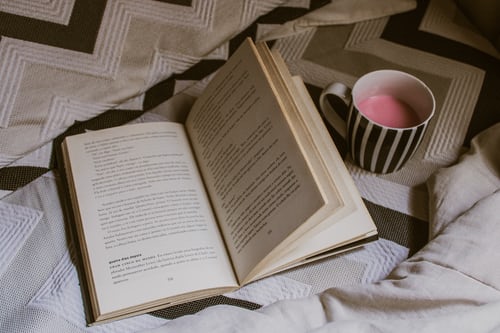 The pleasures of a slim volume

I wonder how many of you have looked at some of the recent new publications in bookshops and thought ‘Oh, no. Not another 600 page block-buster! I’ve only just finished hacking through the last one..’ This hasn’t been scientifically proven but I have a readers hunch that books are slowly but surely getting longer - but that doesn’t mean they are necessarily always getting better as a result.

It’s true that there have always been epics in every genre – fiction, history, biography – but they tended in my experience to be bucking the trend. Now I suspect their once unusual size is bang on trend. Over the past couple of years we’ve had The Goldfinch  by Donna Tartt (784 pages) and The Luminaries (848 pages) by Eleanor Catton and this year’s Booker list had Hanya Yanagihara’s  A Little Life ( 736 pages) and the winner of that prize, Marlon James, with 704 pages of ironically titled A Brief History of Seven Killings.

So what’s going on? Why the paper inflation? This is mostly guesswork but I suspect there is some element of all of the following at work here:

It is, of course, perfectly possible that I’ve missed the target completely here and that something else is driving this urge to bigness. Whatever the reason, I want to make a plea for the pleasures of the slim volume, perfectly crafted, modest in size and big in ambition. When I was younger I would never go anywhere without a book tucked into a jacket pocket – if I wanted to do the same now with many of the new releases I’d need to be wearing a gamekeeper’s overcoat to accommodate my reading. And, it’s worth noting that some of the most influential books have been comparative slips of paper. The Great Gatsby, A Room of One’s Own, The Hound of the Baskerville’s, Frankenstein, Animal Farm, Brokeback Mountain ……….and plenty more all come in at around the 150 page mark. It’s hard to imaging that pumping them with steroids until they inflate to 500 pages would do anything other than damage.

There is, of course, one other compelling argument for the slim volume – you can read it in bed. In my opinion a killer argument in favour of a modest sized book. Firstly, a slim book wont break your thumb as you try and keep it levered open at the right page; perhaps more critically, it’s not going to kill you when you drop it on your face as you fall asleep.

So let’s hear it for a return to slim books – we've had a national debate about an epidemic of obesity amonst the population but it's not just people who are struggling with their weight, it turns out it's books as well.