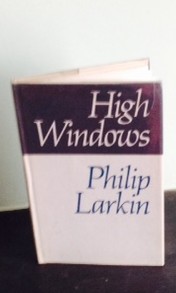 It’s 1974 in Bangor, North Wales. I’m just about to start the final year of my degree in English Literature and it’s raining – a fine rain that coats the pavement with a sort of thin liquid grease and a low hanging grey mist seems to curl itself around everything. Probably unfairly, I think of this as a rather typical Bangor day. I’ve come to college a week before the start of term in the hope of doing some dedicated reading before lectures begin and in the expectation that others in my year will have had the same idea. In my mind I see myself rising early to find my preferred seat in the university library and losing myself in the great literature of the 20th century until my gaily laughing friends drag me reluctantly from my seat to go off and talk politics and philosophy, listen to new music and drink into the small hours.

In reality, Bangor is a damp wilderness. It seems no-one from my year has had a similar idea – or those that have are already squirreled away somewhere earning their first class honours. Somewhere down on the campus the new first years are being inducted into the mysteries of the timetable and lured, wide-eyed into various Societies that promise to make the trauma of leaving home and having to socialise more bearable. So, I have acres of time – just as I planned – but in reality I’m bored to death already.

I have a flat that I will be sharing with my girlfriend but even she’s decided it’s too early to be there and prefers an extra week earning some spending money from her part-time job back home. Our flat is at the ‘top’ of the town and the streets here are really quiet  - looking out of the top floor window it’s possible to see the odd person dragging themselves to the Mini-Mart or the launderette that I will be spending far too much time in over the year ahead. I have a clear choice – I could read Ian Watt’s seminal study The Rise of the Novel or I could stare listlessly out of the window and count footfall. I opt for the latter with the added soundtrack of Joni Mitchell.

I’m wishing my time away and I hate myself for it. The desire to simply be in the proximity of other people makes me grab my jacket and head for the one place I can bear to spend time – the bookshop at the top of Glanrafon Hill. Not a big shop it was at least bright and warm. Shamefully I’ve completely forgotten what the shop was called  (nothing imaginative I don’t think) and in my mind it was a mix of plate glass and wooden window frames painted blue. All of that, and its location even, might be wrong – I do not trust my memory at all – but I can say with confidence that a bookshop did exist. On display in those capacious windows that afternoon were copies of Philip Larkin’s new collection of poetry rather appropriately entitled  High Windows, which had been released a couple of months earlier and which had been getting good reviews in the press at the time. Up to this point I wasn’t a big buyer of contemporary poetry – most of the poets I bought or read were a pretty long time dead, which rather reflected what school and college thought about what constituted poetry worth studying. But, what the heck, I had some money, I had the time so why not give this new stuff a shot? The shop also had a pretty healthy used book section and so whilst I was at it I picked up some other modern Faber releases very cheaply – Wodwo by Ted Hughes, In Memory of David Archer by George Barker and Delusions etc. by John Berryman – and scuttled back to the flat. 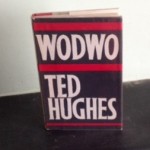 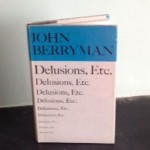 Over the coming weeks I couldn’t get enough of the stuff. What a revelation. What excitement. Poetry could be thrilling, grumpy, modern, self-obsessed, oblique and it could be there right at that moment talking to me. Of course, I knew all this intellectually but I hadn't experienced it so viscerally before. That bleak late September week of rain in Bangor had somehow made me ready for the message and I fell into that world of contemporary poetry hook, line and sinker.

I still have those books and I still treasure them even though I only rarely go back to read them now. What I think I learned from that period was that books wait for you to be ready for them and there’s no telling when that’s going to happen. Ultimately, that’s what having a personal library is all about – I may not have read everything I have bought and I may not always be going back to the things I have read before but they are there, just waiting patiently for the moment when I’m ready for them.