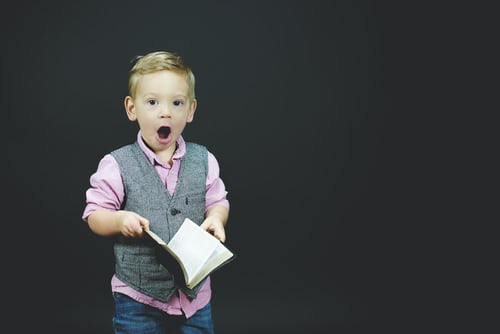 What value do you ascribe to children’s books?

Whenever we visit Oxford on one of our periodic bookshop trawls we find ourselves dropping into a smallish charity bookshop in one of the more characterful back-streets. It’s more habit than expectation to be honest and the past few times we’ve found ourselves stalking out in high dudgeon because, for reasons we couldn’t immediately work out, the staff there have decided to use the area immediately in front of the children’s book section as a general area for stacking boxes and for fiddling about doing whatever it is they are doing. The fact that the children’s stock is completely inaccessible and that we are trying to look at it doesn’t seem to register with them at any level.

On our most recent visit to the shop we were cross to find that, once again, a number of boxes had been placed right in front of the children’s section so that it was very difficult to see what was on the shelves. And again, despite the fact that we were clearly trying to look at the stock, the staff in this shop seemed almost to regard customers as something of a nuisance. This time we’d had enough and so we decided to confront them with the obvious question – why the hell are they stacking boxes in front of shelved stock that someone might want to purchase? After much huffing and puffing we were told that there was nowhere else to put the boxes. So why, we asked was it a good idea to put them in front of the children’s section, rather than elsewhere? The almost unbelievable reply – and one guaranteed to make matters worse and our collective hackles rise to full bristle was:

‘Because they are not as important as the other books’

It’s kind of hard to imagine what might have been a worse thing to say to us.  The battle was on. When we (admittedly rather sharply) challenged this unbelievably crass comment, the ditch was dug a little deeper:

‘Well I have to make money for (the charity) and they don’t cost as much as the other books.’

Really, someone needed to remind him of the very useful maxim that when you’re in a hole it’s best to stop digging.

Resisting the temptation to start lecturing him about the importance of children’s literature in our culture we decided this was a hopeless cause and cut our losses. In some ways it would have been nice if there had been more of an audience than the one startled looking elderly male customer and a young volunteer as we exited noisily exclaiming how we might have spent lots of money if we had been able to see what was on offer.

In reality, I doubt that there would have been anything to interest us, but that wasn’t really the point. The whole episode seemed to us to capture something important about the way children’s literature remains a Cinderella of the book world in the minds of so many people. It was absolutely clear that what we were being told was that the children’s section isn’t worth as much as the books in the adult section – not just in terms of crude financial value but in terms of status, intellectual and artistic currency too. It also speaks to the bookselling motives of some big charities  – decisions like this create an impression they almost certainly don't want to give, that they aren't interested in books because they believe in the importance of making literature and literacy accessible; they do it to make money and everything else can go whistle.