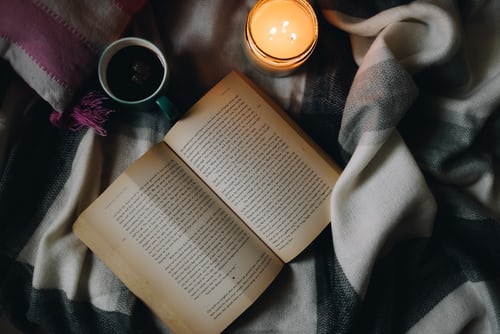 Why I love libraries….even though my relationship with them has been a difficult one

Let me start by saying that I love libraries and everything they stand for and I hate the way that governmental and municipal barbarians are dismantling the network that has been hard fought-for and which has been transformative to so many lives.

Although I’m a great advocate for books and libraries, it took me a long time to come to terms with them. In my childhood I was never taken by my parents to the local library - which was an imposing Victorian masterpiece in Balsall Heath, a working class suburb of Birmingham. Unlike lots of other people who write fondly of their library experiences, I never had an epiphany there and I’ve never found them a place of sanctuary. Rather like religion, libraries were just something my family didn’t do. As a result, I always tended to see the library as an alien space where I wasn’t ever quite sure of the rules and where, if I sometimes had to go to go into one, I usually wanted to get out as quickly as possible.

My local library wasn’t too far from my junior school and shared the huge building with the local swimming pool. Every week we’d meander down the road clutching our swimming gear and enter the doorway marked ‘Baths’ to splash around aimlessly in a green and white-tiled pool that stank of chlorine. But just once in a while we’d be shepherded past the entrance to the baths and on to the library doorway. I had no idea at the time why the library took precedence over the baths on these odd occasions but in retrospect I don’t think this was something the teachers planned to do – I now suspect they probably hadn’t checked whether the baths were closed for maintenance on that day and instead of just turning round and heading back to school they simply cut their losses by nipping into the library instead.

This would certainly account for why these random library visits seemed to have no purpose or structure – once we’d been filed into the main library hall we were simply cut loose and told to look at the books in the children’s section. I know that for some people this would have been heavenly but actually it rather freaked me out. I found the space, the sheer size of the building, its age and its overwhelming presence, intimidating. If I close my eyes and think back, I don’t remember books – what I remember is a deep smell of wood polish, dark brown imposing tables and shelving, the sound echoing every time someone spoke and light coming in filtered through the half-stained glass, leaded windows. There was always a miasma of dust-motes hanging suspended in the air like a cloud of tiny insects.

What I recall so vividly isn’t excitement at the prospect of finding books to read but a sort of insipient panic and a complete inability to concentrate on anything other than how long we’d have to stay there. And I also knew that it wouldn’t be long before another thought entered my head and took over – the need to have a wee. I’m not sure why it was – there’s probably some perfectly good biological or psychological reason – but whenever I found myself in this library the need to urinate wouldn’t be far away. Odd as it seems, I know I’m not alone in having this dilemma because someone I used to know quite well once confessed that he too had the same problem, perhaps even more acutely than I did. One day in his local branch library the need to urinate was so acute that he found himself actually using a dark corner of the shelves in his library as a surrogate toilet. The shame of having peed on library books will probably never leave him.

So my childhood memories of the library aren’t at all glamourous or formative of my future love for books. But there’s a substantial part of me that does wish it was different and that I could share in the romance of libraries. I’d very much like to be able to tell the story of how the library was my lifeline; how I couldn’t wait to dash there and finish off all the children’s section books; or, how I’d sneak off to the library when no-one else knew and how I found great wonders there. I’m filled with a sort of jealous envy when I see people get that distant gleam in their eye as they remember the polished wooden shelves, the dusty librarian who had a soft heart, the rows of books just waiting for them. Then there’s that rhapsody of remembrance as they eulogise their local library…….I’m afraid there was none of that for me and I can’t help but feel a bit diminished, a bit…deprived.

But none of that stops me loving the idea of the public library even though I still rarely go to them in all honesty. Building a collection of my own books – accumulating enough to claim I had a library of my own – just seemed to me the obvious way to go. But I do understand that public libraries aren’t simply a collection of books and they most certainly aren’t ‘information points’ as the terrible modern ‘rebranding’ morons would want us to believe. Libraries are clearly more than that. They are, I believe, essential repositories of our culture, places where we can go to trace our journey towards (or away from) civilisation. Even if no-one ever borrowed a book from a library, libraries would still need to exist because they are the best way we’ve found to assemble and preserve ideas in a material form. It’s a way for the past and the present to speak to the future about what we’ve thought and achieved. Without libraries that conversation would fall silent.