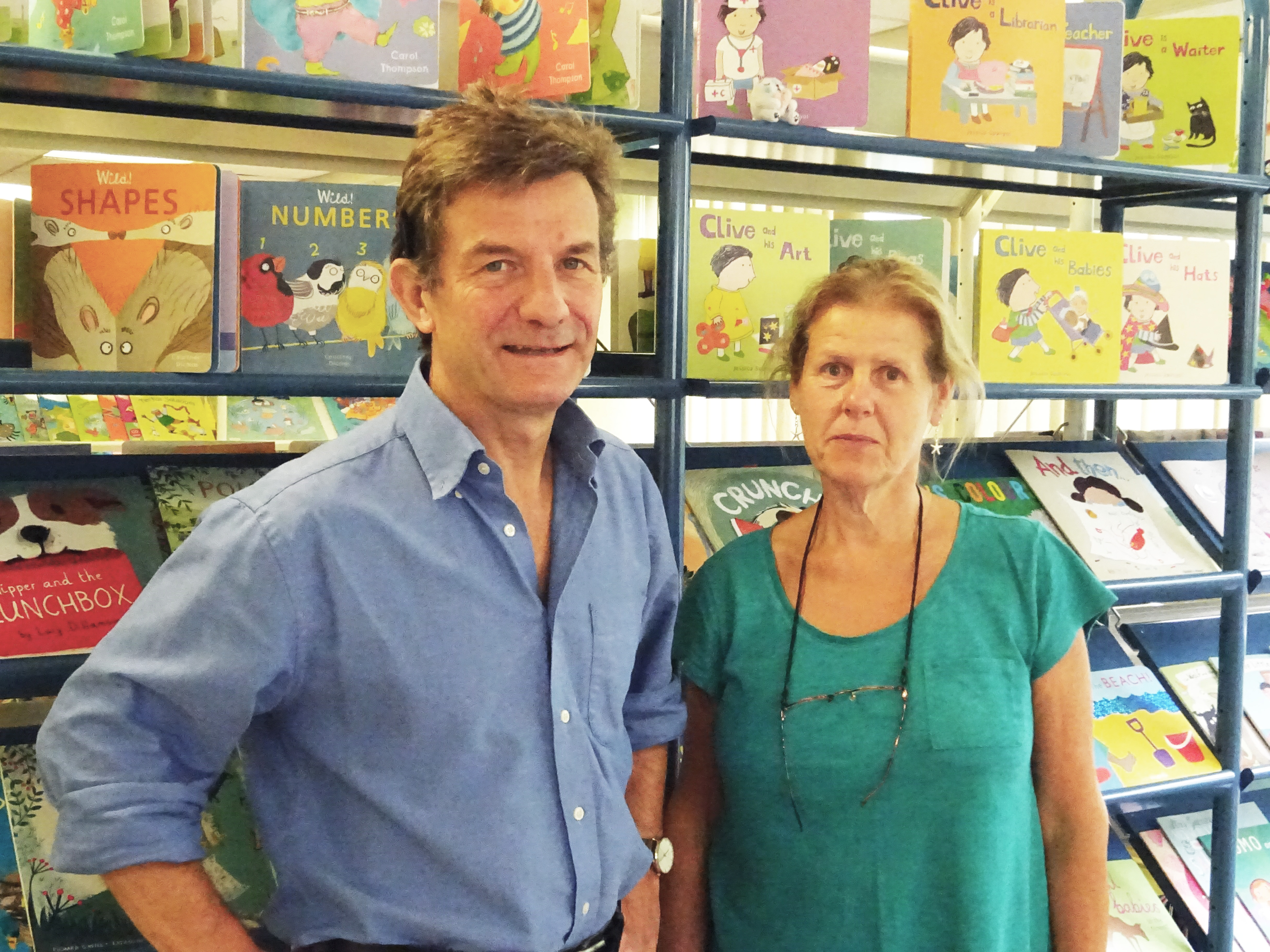 Going to meet the Child’s Play publishing team at their head office in Swindon a few weeks ago felt rather like going to see a much loved author or a special musical hero because I have always rated their innovative range of books. I can remember buying some of the early ones back in the 1970s when my daughter was little and ‘There was an old Woman who swallowed a Fly’ first published in 1973, was one of her much loved picture books. Its splendidly iconic cover is now the logo of the company and the book has apparently never been out of print. The vibrant colours and beautiful interactive design continue to intrigue young babies and toddlers, including my own grandchildren who really enjoy looking at it. Apart from buying Child’s Play books for my own family and friends over the years, I have always used them to great effect when I was working as an Early Years teacher and continue to recommend them to other practitioners, parents and students.

I wanted the long awaited interview with this renowned independent publisher to be an informal conversation loosely based around some questions, so that I could tease out some of the philosophy and background to the company.  I also suspected that we might share some common ground in terms of agreeing what makes a successful picture book.  After a long train journey I arrived to be warmly welcomed by Amy Griffiths, Education and Marketing Co-ordinator. The premises are huge but the publishing team consists of only five very hard working individuals. I then settled down, completely surrounded by wonderful displays of their books, all facing out on shelves, to have a chat over a cup of tea with Neil Burden, the Managing Director and Sue Baker, the Editor who had kindly agreed to spend time with me. They explained that Annie Kubler, the Art Editor who obviously plays an important part in the company was unavailable for the meeting as she usually worked from home. We had been trying to organise a mutually convenient time for several months with some last minute cancellations, so this felt like a momentous occasion.

How did it all begin?

Neil explained that the company had been founded in 1972 by Michael Twinn, a man who he described as being something of a visionary, well -tuned into the importance of children learning through play. He had been influenced by Maria Montessori, Rudolf Steiner and other early childhood pioneers who stress the importance of child centred practice by respectful and informed practitioners who have a good understanding of child development. As well as this, Twinn wanted to publish materials that reflected a multicultural society and also challenged other stereotypes, which was very unusual at this time. He wanted to play his part in providing books and games for children aged 0-8 that would stimulate the imagination, provide messages about mutual respect and be aesthetically pleasing at the same time – quite a progressive approach. He clearly cared about helping parents and practitioners to select resources for children that were developmentally appropriate. Part of this mission included having a team of ambassadors who would be trained to do events, rather like Tupperware parties, where a range of books and games would be demonstrated and be made available to order.

Has much changed since the early days?

Michael Twinn died in 2000, so Neil rejoined Child’s Play to run the company and continue its publishing. Originally an English teacher, Neil had joined Child’s Play in 1986, leaving in 1994 to work for a succession of children’s publishers based in London. Initially, he had been interested in publishing what he described as ‘obscure literary fiction’ but once he started at Child’s Play , he was completely won over to the world of children’s books and loves the opportunities and chance to work with talented authors and illustrators. Sue joined the company as an experienced illustrator and became Editor in 1990. At this point she went off to the backroom where the archives are stored to find one of her early books, ‘I Know a Secret’.

Time to make a second cup of tea and this break gave me the chance to browse the beautifully intricate drawings about how a baby develops in the womb, including a fold out poster at the end.

The Child’s Play parties no longer happen but the emergence of the internet and social media means that publicity can be more effective. The company is flourishing and continues to publish a wide range of books, games, Storysacks and audio-visual materials which now have the benefit of international distribution. Importantly, the core philosophy has remained the same but some necessary changes have been made nevertheless in order to keep the project viable and fresh.

For instance, the last ten years has seen an increased emphasis on publishing books for the under- fives, although bigger companies have done the same in recognition of a growing market. This means competition which continues to be frustrating, because many mainstream bookshops do not stock titles published by Child’s Play, despite their extraordinary quality and innovative content. Neil pointed out that they have always been several steps ahead of others in recognising the need for books that include people from a range of backgrounds. This is certainly true of representing children with special educational needs and disabilities as being part of the ‘normal’ mix in a picture book. This has never been tokenistic but is deliberately low key so that children with walking frames, hearing aids and glasses appear in many of the board books aimed at very young children as well as those aimed at older readers. They are especially proud of the number of characters who wear glasses, even though this has sometimes meant that buyers lose interest, particularly with regard to princesses because these are usually expected to conform to an ideal in children’s books. As an example they showed me ‘Donkey Skin’, a lively adaptation of the traditional story illustrated by Laura Barella, which is one of the titles in the excellent Flip Up Fairy Tales series. Here we have a very ordinary looking bespectacled princess as the central character. Likewise the fairy godmother (who also just happens to be black) in ‘Cinderella’ illustrated by Jess Stockham, sports a very stylish pair of blue glasses.  More recently they have published a series of charming board books about Rosa, a little girl who wears glasses and who also defies gender stereotypes about what girls like to play with, for example in ‘Rosa loves Cars’ illustrated by Jessica Spanyol.

I had to stop myself from answering this question for them and tried to just keep furiously nodding in agreement as Neil and Sue proudly explained some of the reasons why they love doing their jobs in producing such a wonderful range:

So why don’t we see more books published by Child’s Play in mainstream bookshops?

Big sighs here from both Neil and Sue because this is clearly very frustrating. The main barrier is the prevalence of inherently conservative sales teams who probably just don’t know what they are missing. As this is a relatively small publisher with limited resources compared with bigger players, they have to work very hard to get recognition and sales. This seems absurd to me but I have long recognised how important it is to spread the word to people about books that are beneath the radar. Despite this on-going challenge, Sue was keen to point out that they were very successful at promoting their range in more niche environments such as Early Years Shows and conferences. Once people know about them and then look through the print catalogue or on the extensive website, they tell others. There is also very helpful endorsement through working with BookTrust, an independent reading and writing charity which gifts free books to babies and young children and stresses the importance of books in helping language and overall development.

What do you think about the future of children’s books?

We all agreed that the initial concerns about e-book publication influencing book sales had been unfounded. Children’s physical books have a strong and healthy future, which everyone at Child’s Play is delighted about. The passion for continuing to publish shone through at this point as Sue talked about how books open so many doors to new and exciting experiences and Neil explained that physical books were 'repositories of emotion’ and that he felt that they also played an essential part in helping children to be inquisitive and questioning. They are very interested in helping all children to have a sensual relationship with books from the earliest stage of their development. As part of this, they have started to think about how this applies to children who are blind or have visual impairments and have published titles like ‘ Off to the Park’ illustrated by Stephen Cheetham and  ‘Getting Ready’ illustrated by Cocoretto which have a deliberate clarity of composition and uses a range of contrasting textures throughout. They also have a range of BSL titles and links with ITV’s online signed stories https://www.signedstories.com/ which use several of their other titles.

Time flies when the conversation and company is so pleasant and I probably could have stayed for much longer talking about our common interests. But I had a train to catch and went away with an overflowing bag full of books to read on my journey home. A couple of days later, we received a box of still more books, some of which we will be donating to local foodbanks, an initiative which Neil and Sue were very keen to support. We have already reviewed several of these on The Letterpress Project website:

It seems that, as I suspected, we share a lot in common and so I really look forward to reviewing more books and promoting them far and wide. We also talked about the need for more research about the difference between reading off a page and a screen.  We reflected about how librarians and schools make their book selections as all these different gate-holders play their part in providing, or not providing, a range of books.  Too many parents and practitioners lack confidence in choosing and then sharing books with their children, so how can we play a part in changing this? Lots of important questions that need lots more thought and I hope that The Letterpress Project will continue to work together with people from Child’s Play to make a difference.

If you haven’t yet come across this publisher and you are interested in finding out more about their range, I recommend that you spend some time looking at their website, you are in for a real treat. 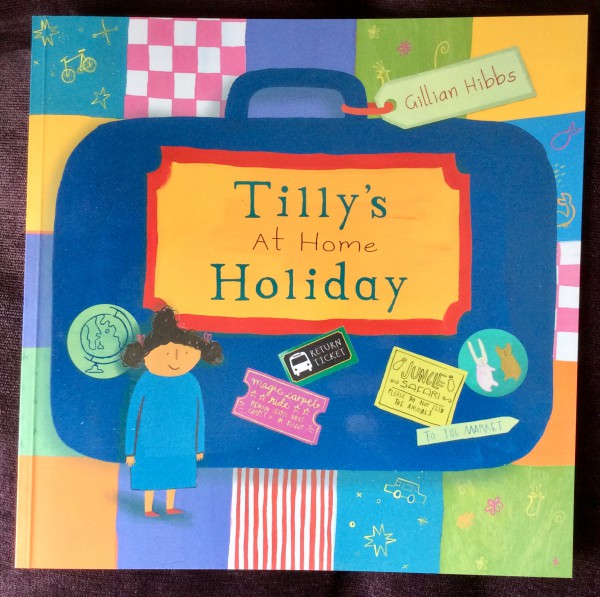 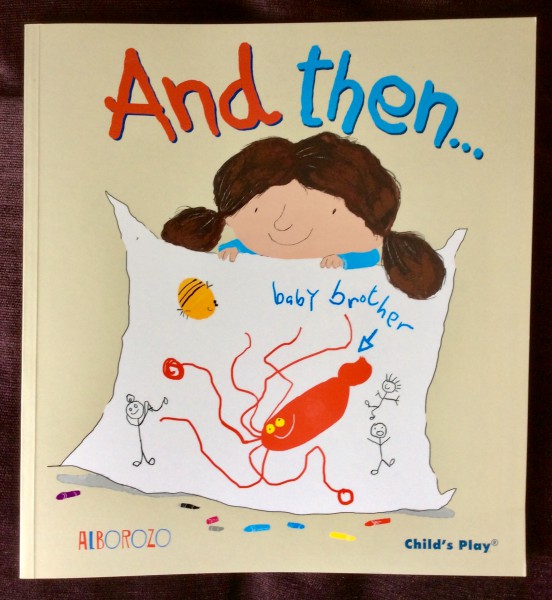 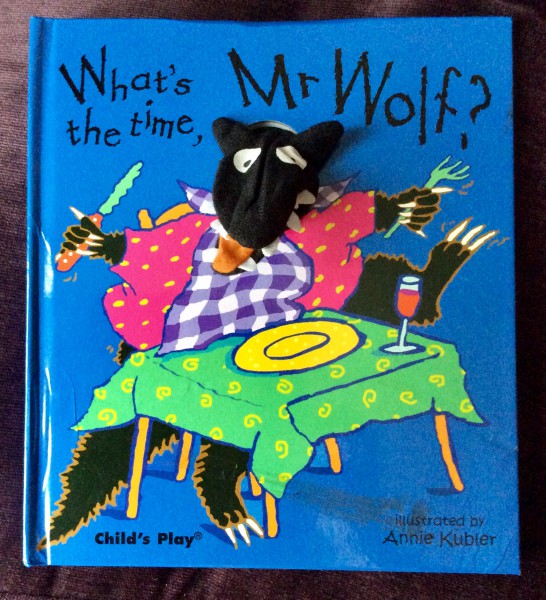 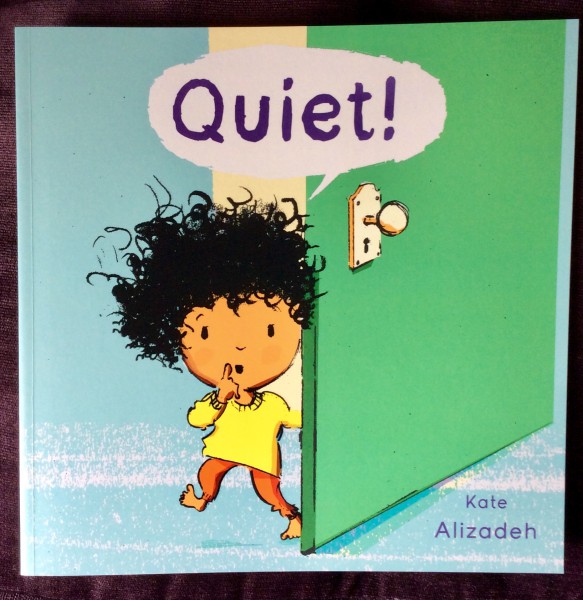 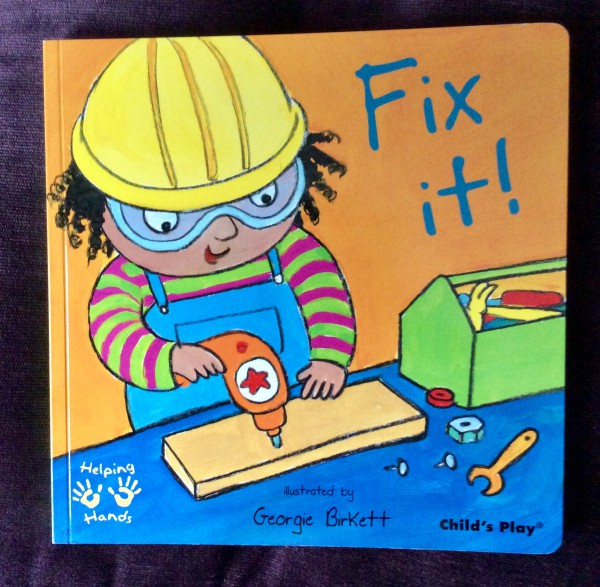 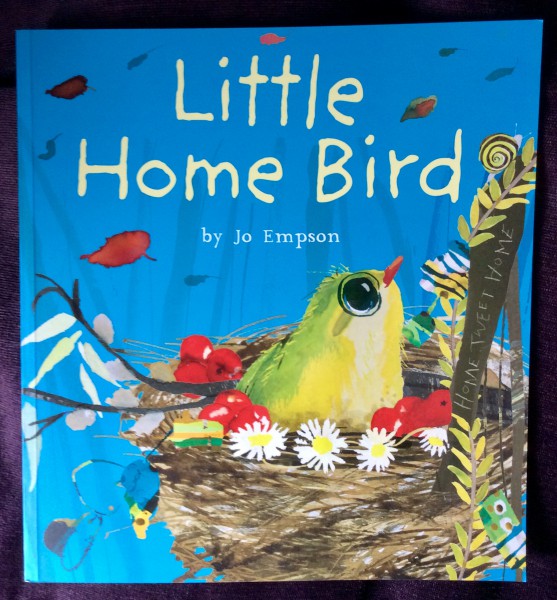 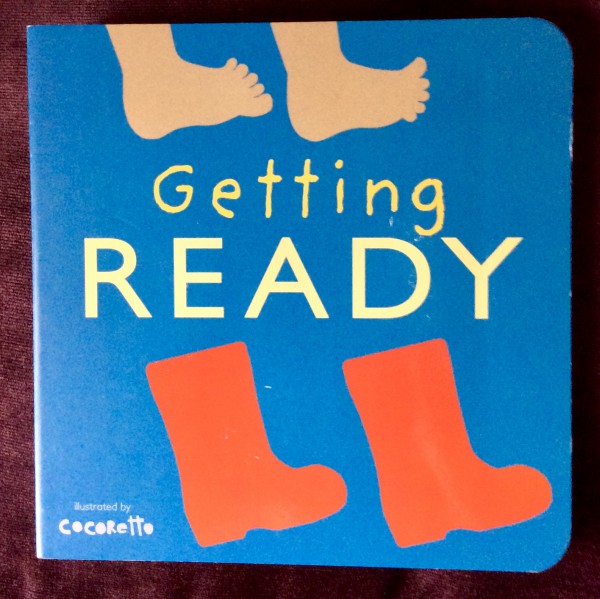 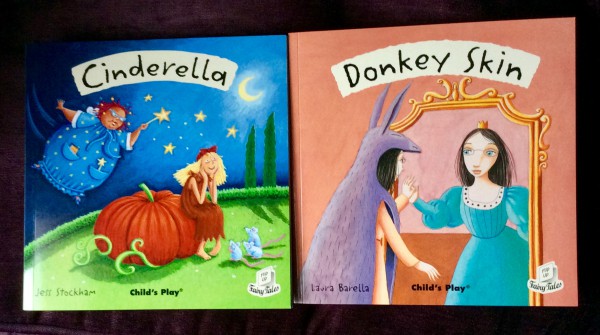 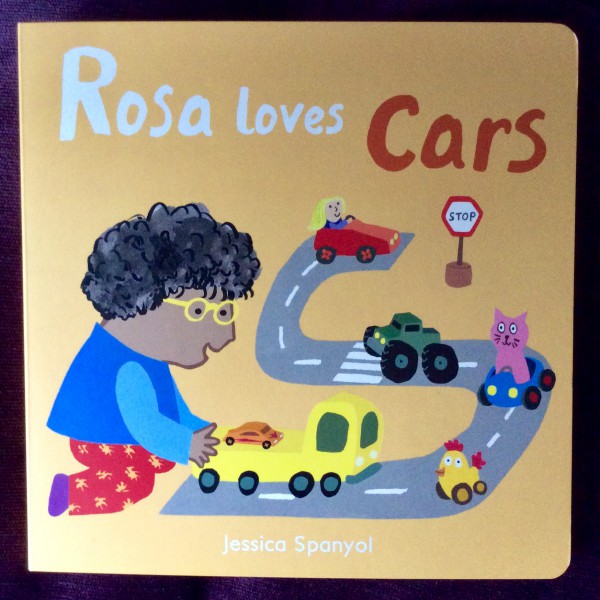