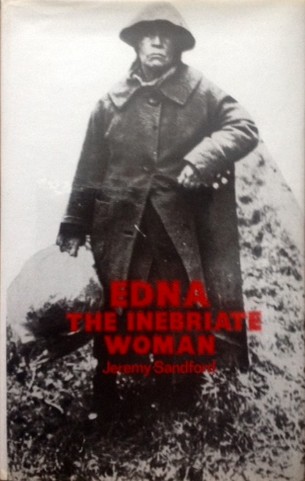 When screen writer Jeremy Sandford’s 1966 Play for Today, Cathy Come Home exploded onto the scene in 1966 it marked a key moment in the way that drama and popular culture could be used as an effective way of campaigning on key social issues. Sandford, along with film director, Ken Loach wanted to throw a spotlight on the issue of family homelessness and the tragedy of young, working class couples unable to find suitable housing. The lack of what we now call social housing and the often labyrinthine official bureaucracy that let people fall through the cracks in the system was dramatically and emotionally laid bare by this relatively new format of the docu-drama.

For Sandford the problems facing the young family featured in Cathy Come Home was only half the story. There seemed to be a reservoir of sympathy for what faced Cathy but much less time and interest – and less public money – for the single homeless. And it is this that is the core of Sandford’s follow-up screenplay, Edna, the Inebriate Woman.

The 1971 television production of this screenplay aired in 1971 with Edna memorably embodied by Patricia Hayes – a much under-rated actress who got stuck with some cringe-worthy comic roles in television sit.coms but who was a great stage actress of real talent. The publisher’s blurb for the screenplay describes it in this way:

“The author follows Edna on her continuous journey through town and country and shows us at first hand the shortcomings and sheer absurdities of a society whose response to Edna's predicament is insensitive, inappropriate and expensive. Sandford's own anger and impatience with our reluctance to help those who wander through the twilight world at the bottom of society is infectious.”

What this description captures well I think is that this is a play in which, objectively, nothing much really happens. We’re on a shuttle journey with Edna, her unpredictable, self-destructive wandering from pointless gaff to even more pointless gaff. We also see how the system is set up to keep women like Edna in the state they are in and when a project emerges that can help, staffed by people who really care, the brutal indifference of a selfish society ensures that it is bound to fail for want of funding and public support.

But despite the fact that nothing much happens – no headline events, no big tragedies – we’re always aware that we are in fact in one of the circles of Hell – and that Hell is in fact mundane and banal. It’s impossible to explain what’s happening to Edna and it’s also hard to get to grips with Edna’s own capacity for self-destruction and self-loathing.

Wouldn’t it be great to be able to say that the terrible truths that Edna uncovered about the treatment of the single homeless led to changes that were lasting and that reform of the support offered to people in these circumstances was transformed. Sadly, that’s not quite the truth. Support and concern over homelessness ebbs and flows in the public consciousness and the capacity for them to become invisible to policy makers continues to mean that the homeless stay with us – often suffering the same indignities that Edna faced.

Screenplays like Cathy and Edna will continue to have relevance to us and their anger and disgust at social systems that just don’t care enough will always, I hope, prick our consciences.