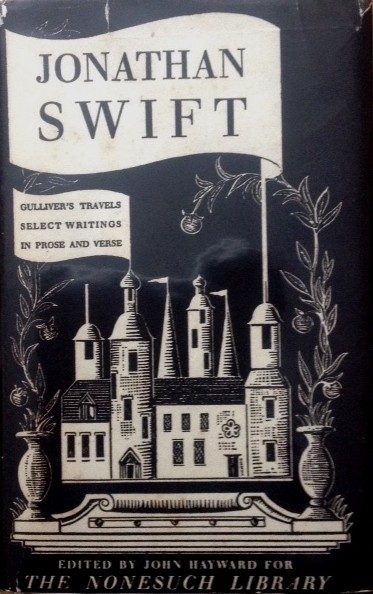 A Modest Proposal by Jonathan Swift

For the vast majority of my working life I have been involved in projects that have been all about challenging poverty and social injustice. It’s been work that, on reflection, can be as infuriating as it is satisfying: infuriating because it can feel as if you are doomed to keep repeating the same messages and witnessing the same social and individual iniquities time after time.

Finding new ways to talk about poverty that will cut through the white noise and indifference that often envelop the issues is a constant struggle. It’s easy to find yourself despairing over the impotence of the public debate and wondering why you’ve spent decades talking about issues that get ‘rediscovered’ by the next generation who talk about them as if they are the first to ever have to confront them.

So, periodically, I like to go back and reread Jonathan Swift’s 1729 classic piece of shock-tactic satire, A Modest Proposal. In a completely straight-faced and remorselessly logical way Swift confronts the problem of Irish poverty and the inaction of the British government by suggesting a solution that not only addresses the lack of affordable food but also provides an sustainable economic infrastructure for the future. What is this miracle of policy? Well, it’s simple and obvious really – the children of the poor should be ‘farmed’ and eaten for their meat. Not only that, if properly flayed and treated, their skin can be used for the production of various accessories – hats, gloves etc. – that could then be sold.

Swift makes his modest proposal with an unnerving sense of logic – indeed, it’s so well argued that you might start to worry that some of the intellectually challenged idiots that end up in politics and government might start to think it’s probably not a bad idea. This is the power of a great writer at the peak of his abilities who knows the value of true satire:

“I have been assured by a very knowing American of my Acquaintance in London, that a young healthy Child well nurs'd, is, at a Year old, a most delicious, nourishing and wholesome Food, whether stewed, roasted, baked, or boiled; and I make no doubt that it will equally serve in a Fricassée, or a Ragoust….. INFANT's Flesh will be in Season throughout the Year, but more plentiful in March, and a little before and after; for we are told by a grave Author, an eminent French Physician, that Fish being a prolifick Diet, there are more Children born in Roman Catholick Countries about nine Months after Lent, than at any other Season: therefore, reckoning a Year after Lent, the Markets will be more glutted than usual, because the Number of Popish Infants, is at least three to one in this Kingdom, and therefore it will have one other collateral Advantage by lessening the Number of Papists among us.”

Swift stays in this devil’s advocate mode for the majority of his essay, never showing his hand as anything other than wholly serious but switches in the final pages to a critique of government policy that throws open the purpose of his satire.

As the British Library’s transcript pages for the essay notes:

“…the detached, serious tone of its narrator emphasises the horror of what Swift is actually recommending: only in its final paragraphs, when the essay turns to the realities of the Irish economic system and the problems caused by absentee landlords, does the author's view become clear.”

Swift’s satire, of course, caused a sensation – it was a demonstration of the power of literature to lay bare a fundamental truth. But, the inevitable question that demands an answer is, did it change anything? Sadly, as the British Library article concludes:

“Despite its power as a piece of rhetoric, A Modest Proposal did not lead to any lasting changes for Ireland's rural poor; and just over a century later, thousands would perish in the Great Potato Famine.”

So it would seem that frustrations about the persistence of poverty and social injustice have to take their place as part of a history of human behaviour that is astonishingly resistant to permanent change. Poverty seems to appal us when it affects us directly or when we are shamed into acknowledging the conditions some of our fellow human beings are forced to live in. But our outrage dims and fades as soon as other diversions, other baubles, are given us to play with and we are then doomed to go through the whole rigmarole of rediscovering our outrage all over again.