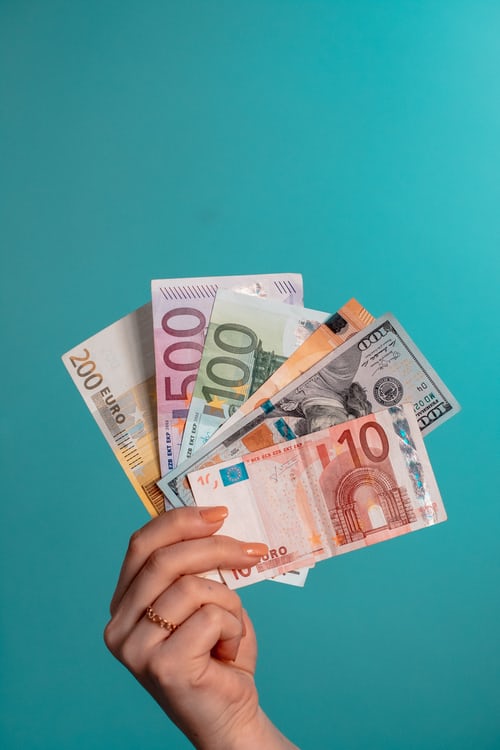 You keep it :  A short story by Jonathan Taylor

“No, honestly, you keep it. You might need it.”

For a moment, she sounded almost offended: “Why do you think I might need it? I don’t. Honestly I don’t. I don’t want it. I want to give it to you. Please take it.”

They’d found it lying under the park bench, half covered by sludgy brown leaves. It must have fallen out of someone’s wallet or pocket. No one was around. There was no-one to give it to, no-one to ask if it belonged to them – well, except a tramp huddled up and snoring on the bandstand.

She scrunched up the note – as if the Queen’s head were so much rubbish – and shoved it into her son’s pocket.

“Muuuuum ...” He elongated the word in a descending musical phrase.

“Don’t worry, Jase, you can, like, pay me back a thousand percent interest when you’ve graduated. When you’re cutting up all those private patients.”

“Please, Jase. Please. Just have it. All the other mums and dads come here and take their kids out to Sainsbury’s or bloody Waitrose or whatever. At least I can give you this.” She changed the subject, before he could object, or say anything else. “Look, I tell you what, let’s go and grab a proper drink before I have to leave.”

“There’s something I’ve got to do.”

“Oh.” He thought for a second and frowned. “It’s not anything to do with that bloody Kensington bloke, is it? Bastard. Bloody bastard.”

“Please, Jase. Please. Don’t talk like about Mr. Kensington like that. We owe him a lot. We owe him, and he’s been ... good to us. Or, at least, he’s not been awful to us, when he could’ve been. When he had every right to be.”

Together, in silence, they wandered out of the park and back into town.

They wandered past boarded-up shops, cut-price card shops, temporary pop-up shops, loan shops, pawn shops, chip shops, shops with the wrong names over the entrances, market-stalls selling second-hand pants, empty market-stalls selling nothing. They wandered past a half-derelict church, deserted warehouses and a brothel, nicknamed by locals A Pound of Flesh, which had a ‘For Sale’ sign pasted over its windows – as if even sex had gone bankrupt in this town. For one painful moment, she wondered if this was really the land of milk and honey – of opportunity, education, hope – which she had dreamed about for her son.

The pain passed as it always did; and the two of them carried on wandering, across a stagnant canal, and then past a terrace where an old man was hunched over an organ, his front door ajar, polluting the street with Bach. Finally, they stopped at The Bitter End, a pub near the station, and shiveringly stepped inside its grubby twilight.

At the bar, he handed over his credit card, not the scrumpled-up note in his pocket, to a barman in a string vest. Then he carried two double shots to a table in the corner, where his mother was already sitting.

“I miss you, mum, when you’re not here,” he said quietly.

“Don’t be silly, darling. Don’t think about me. Enjoy yourself.”

“Are you enjoying yourself, mum, too? Or, at least, are you taking care of yourself?”

Neither looked at the other while they said these things. The table, the bar-mats seemed far more interesting. Jase was shredding the mats one by one.

There was a pause, then she said: “Are you, like, doing well at all the studying and lessons and stuff, Jase?”

“I knew I didn’t really have to ask. I knew you would be. Honestly, Jase, I’m bloody proud of you, you know.”

“No-one in our crappy family’s been to uni before, you know that. As if they bloody would’ve been – bunch of bloody numpties, ’specially on your dad’s side. None of them – including your dad – could hardly spell better than the dog. Let alone be a doctor, like you. A doctor, like you, Jase.”

“You will be, Jase. I know it.” Without thinking, she glanced at a watch on her wrist that was no longer there, and then glanced up at the clock over the bar. “Gosh, the time – I’ve got to go for the train now, Jase. I’ll miss it otherwise. You stay and finish. No need to get up.”

He took the note they’d found earlier out of his pocket, and smoothed it flat. He placed it on the table between them. “Mum, please take it. Please. You probably –” he hesitated, but then decided he might as well carry on, say what he was going to say: “You probably need it more than I do.”

“Don’t be stupid. Whatever gave you, like, that impression? I’m fine. Honest, I’m fine, Jase. You’re the one who’s racking up massive amounts of debt, with all these bloody loans you have to get. You’re the student, Jase, not me. I’m fine. Honest. I swear.”

“But mum, you found it. Take it. It could pay for your train fare. Well, some of it.”

The note almost seemed to hover, float, levitate, on the table between them, buoyed up by tiny breezes, shallow breaths, a fan heater behind the bar, love. Mother and son both stared down at it, transfixed – as if, for these few moments, their world were centred on this note – as if the note were the only positive charge in their world, while everything round it was negative, minus, in the red – as if everything else were boarded-up shops, tramps, string vests, debt, parting.

Neither of them took the note.

“I don’t want it,” she said finally, firmly, pushing it back towards her son. She could have added: “It wouldn’t be more than a drop in the ocean, anyway” – but she didn’t. Instead, she got up, put on her coat, kissed him on the forehead, squeezed his shoulder, and then left him ...

– left him to not keep the money, which he handed to the tramp in the bandstand on the way back to his flat – a flat where he wouldn’t spend the next few months studying, not being homesick, not avoiding the other students, not skiving lectures, not missing his exams – because he felt more at home drinking in The Bitter End and the other town dives – or swapping booze and stories with tramps on the bandstand – or wandering round decaying shops – or listening to Bach played by a dying man to an empty street –

– whilst his mother travelled back home by train to an empty flat – to not pay the debt for her son’s living expenses which she owed to Mr. Kensington – or, at least, to not pay it in money, but in the only way she had left – and then not to cry, or not to not cry, or not to not-not cry, or ... Well, what did it matter? It was all the same now, on her own, without her son. 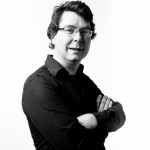