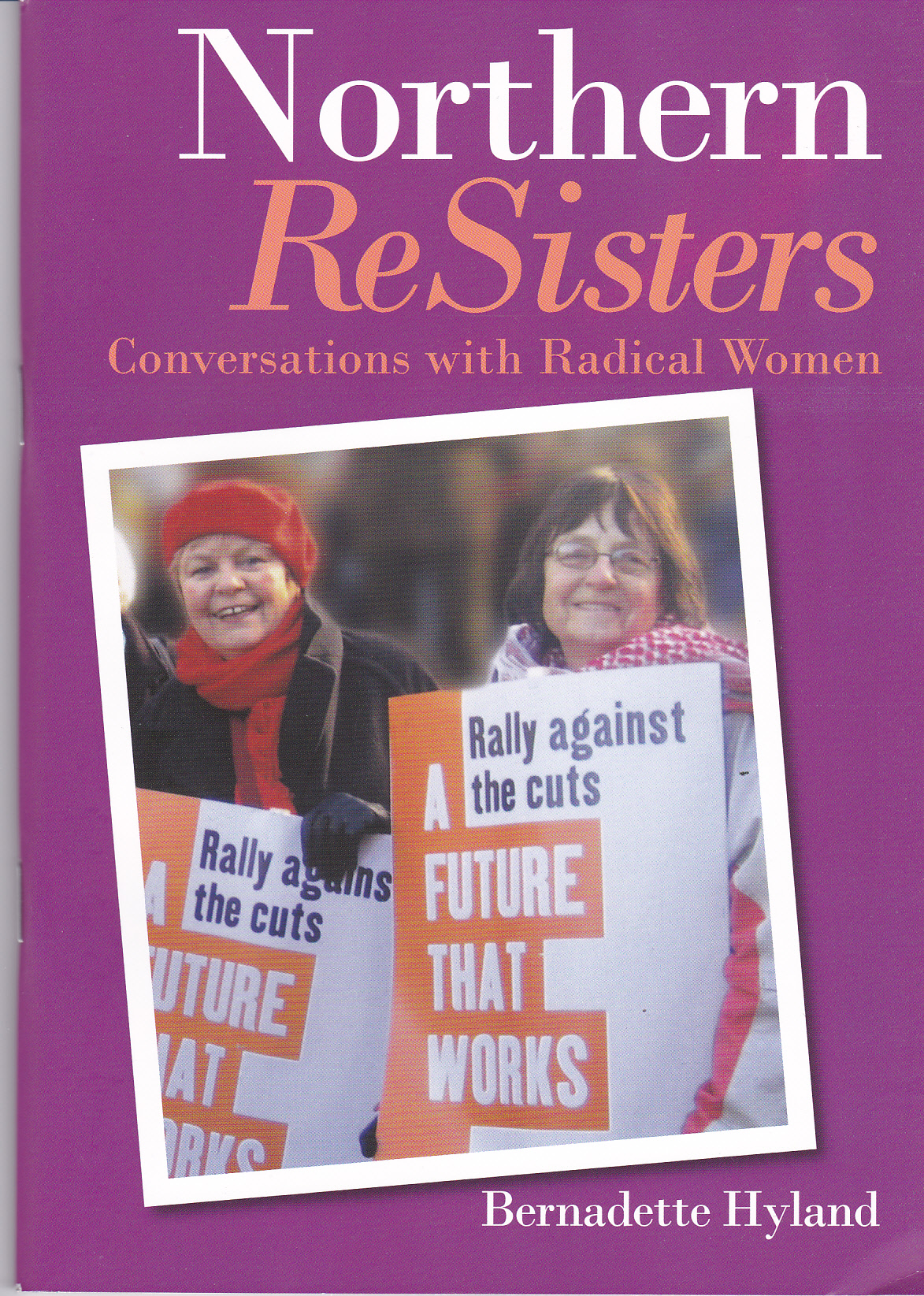 When a colleague handed me a copy of ‘Northern ReSisters  - Conversations with Radical Women’ and said “You might be interested in this. It’s from the Mary Quaile Club” my immediate response was “What’s the Mary Quaile Club?”  The answer to that question is found in the book (albeit not until page 69) and served to whet my appetite to read more.

It turns out that Mary Quaile was a working class Irish immigrant to Manchester in the late 19th Century who went on to become a passionate and prolific trade unionist, campaigning particularly for women’s rights, for a good part of the 20th century. And yet her story as a committed and effective activist has been largely hidden or ignored in historical records. Uncovering the hidden histories of working class people is at the heart of the Mary Quaile Club which was formed in 2014 as a history and activism group. The club encourages people to learn about their own history and to get involved in activism as a response.  It makes sense then that they would publish a book focussed on revealing some of the stories that we rarely get chance to read about.

And so I dived in to part one of this book to learn more about nine radical women from the north west of England with great anticipation.  Bernadette Hyland (no relation as far as I know) interviewed these women to uncover the hidden stories of their lives and their activism. And what great stories they are.  These are inspiring tales from women who have engaged in the struggles for justice and equality with determination and resilience, whilst still managing the daily demands, responsibilities and complications of life. The sheer range of campaigns and activism is eye watering: trade unionists; women’s rights campaigners; CND; peace camps at Greenham Common; Palestinian Solidarity Campaign;  anti fascism; anti racism;  Save our NHS; anti austerity; anti bedroom tax; running radical bookshops; radical comedy; radical songwriting; industrial action; protests; marches and demonstrations are all there and more.

The photographs of the women as they are now alongside older pictures of them on the ‘frontline’ are really important and help to bring the stories alive.   What really strikes me is how their stories illustrate that not only is activism a core, central part of their lives but has almost certainly been life changing as well.  The stories collectively ask us to think about what it means to be an activist, to stand up and be counted.  It would be difficult not to be moved by these stories.

The book changes direction in part two, to concentrate on some of Bernadette’s previous articles.  All of them are about issues of social justice and working class activism, most of them are about women, and all are interesting and informative reads.  I am possibly being a bit picky, and this might just have been an issue of structure or presentation, but I couldn’t shake off the feeling that I just wanted to read more stories as told by women activists themselves.

The book rounds off with a reflection on the changing nature of women’s grassroots activism today, ending on a hopeful note of striving for unity between younger and older women who are fighting for a better, more just, world.

My only real criticism is that I was a bit perplexed and frustrated by the absence of stories from Black and Asian women activists, which is a shame as I think that the book could have been even more compelling than it already is.

All in all, an interesting little book that is particularly welcome in times when collective action and solidarity is demonised and devalued.  I am really pleased to have come across it and encouraged to see these stories being told at last.