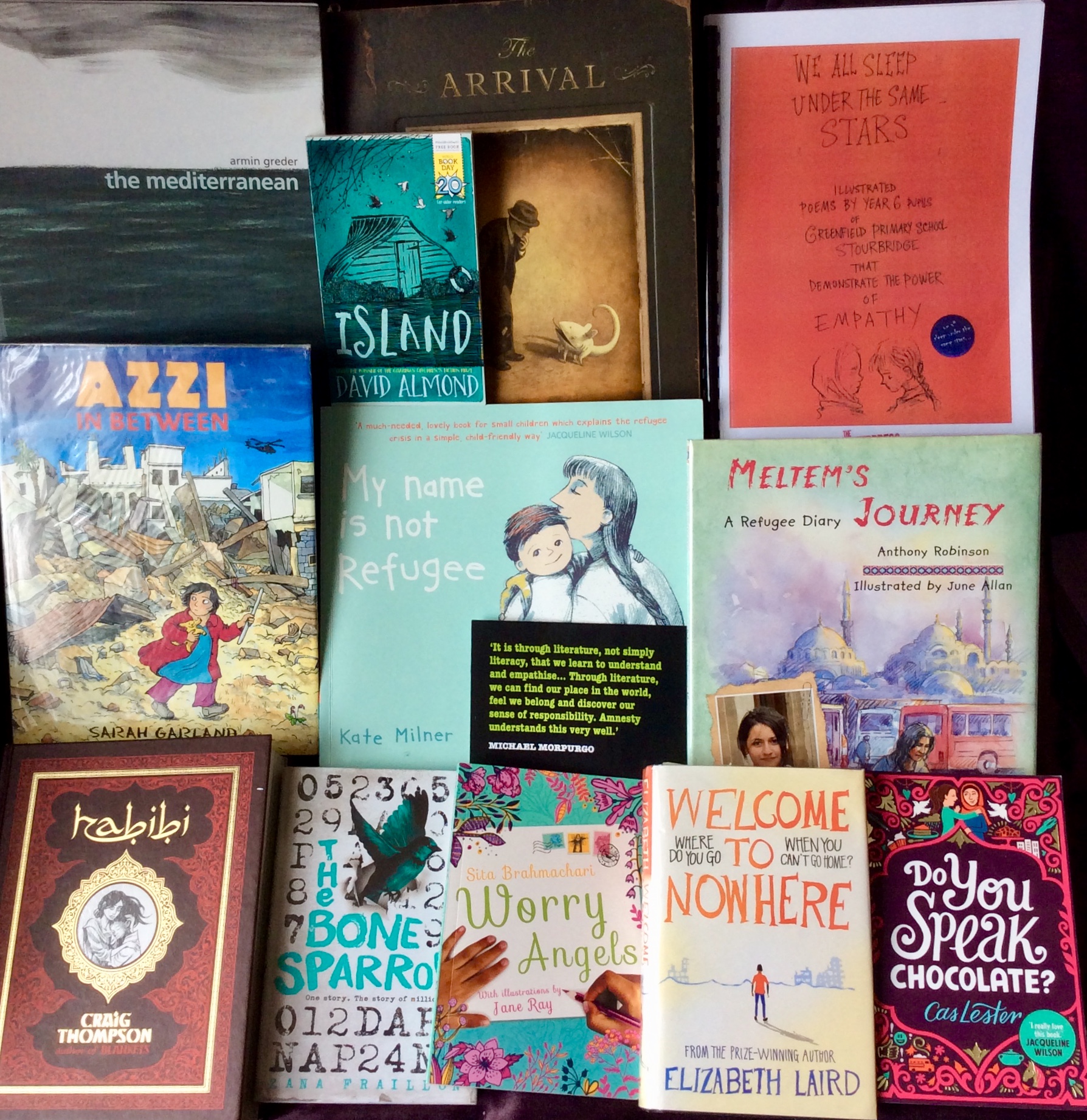 Every year more and more books appear for readers of all ages that explore the experiences of being an asylum seeker or a refugee. Letterpress Director, Karen Argent, tries to keep abreast of as many as she can and adds them to our ever growing resource list. Here is the revised version of that list for June 2018.

Suitable for Key stages One and Two readers (and above)

For further titles on this subject and reviews see:

Here's a pdf of this information: A_revised_selection_of_books_about_a.pdf